For Ivan Vargas, clowning around is a dream come true

To live the life of a clown…. some of us just have to live thru others. Please read this blog it is interesting.

On the outside, it’s called ‘the greatest show on earth.’

But on the inside, one young Mexican American performer simply calls it… home.

And Vargas did it by first following the footsteps of his mom and dad as a trapeze artist.

“I would always stay on the side and, you know, dream I was up there with them,” says Vargas.

Then he found his true three-ring calling as a clown.

“You have to show your skills and what we call a gag, which is anything from plate spinning to you know pie throwing to anything. So I showed some stuff and thankfully they liked it, they thought I was funny, so I became a clown.”

Thank you for your Comments Cancel reply

This site uses Akismet to reduce spam. Learn how your comment data is processed.

Follow The Art of Patty Sue O'Hair – Vicknair on WordPress.com 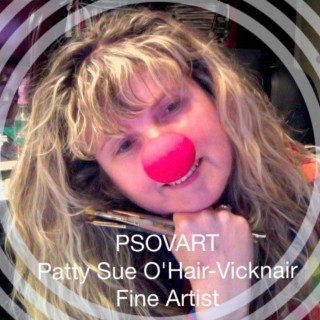 As an artist I have to be true to myself and admit that I paint what makes me happy. I like color, I like fun colorful happy images. So you will find paintings of actual living clowns, many of which are my friends on Facebook, you will also find tribute paintings to clowns who are no longer with us, but the laughter lives on. You will find Carnival masque paintings, because I love the glitter and the excitement and the mystery caught in the eye. You will find beautiful flowers, tranquil boats, and lions, and tigers, and bears...oh my... well I haven't painted a bear yet but, it could happen. The point is I paint happy images that I hope you will enjoy looking at as much as I enjoyed painting them. For more information on Patty Vicknair's work, visit http:/www.greatclownportraits.com or email her at Psovart@yahoo.com